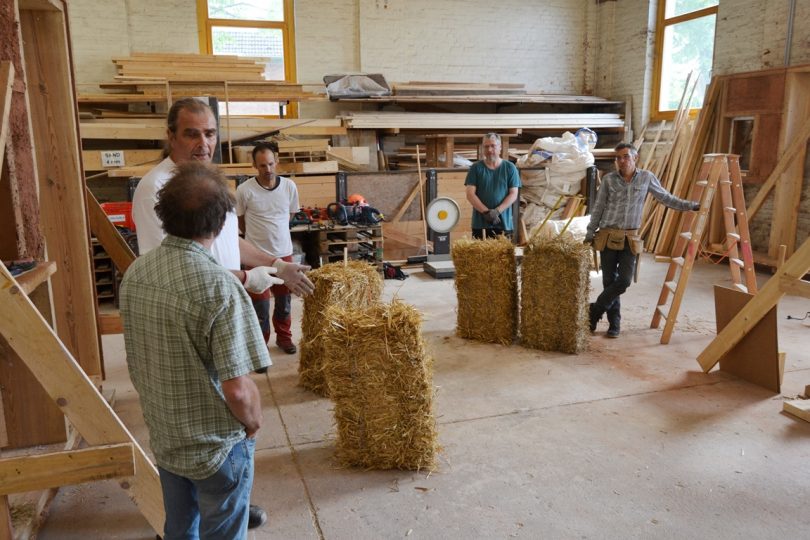 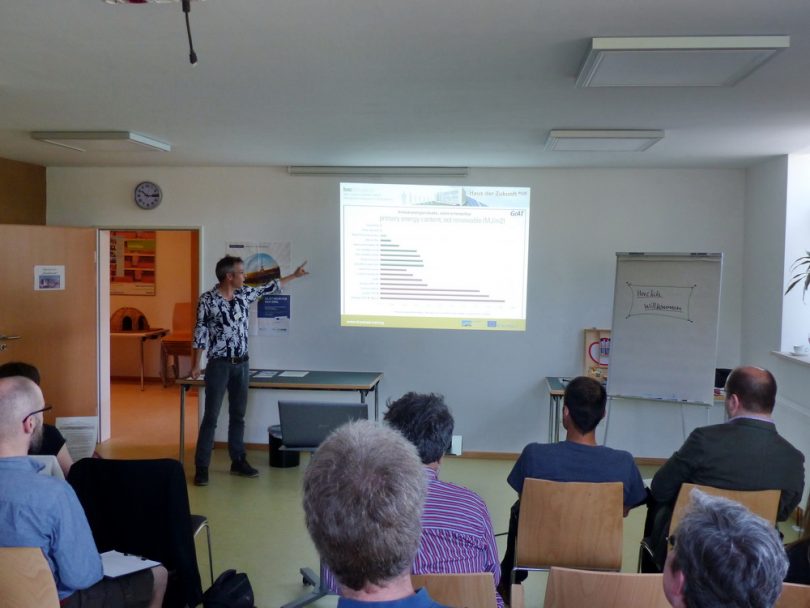 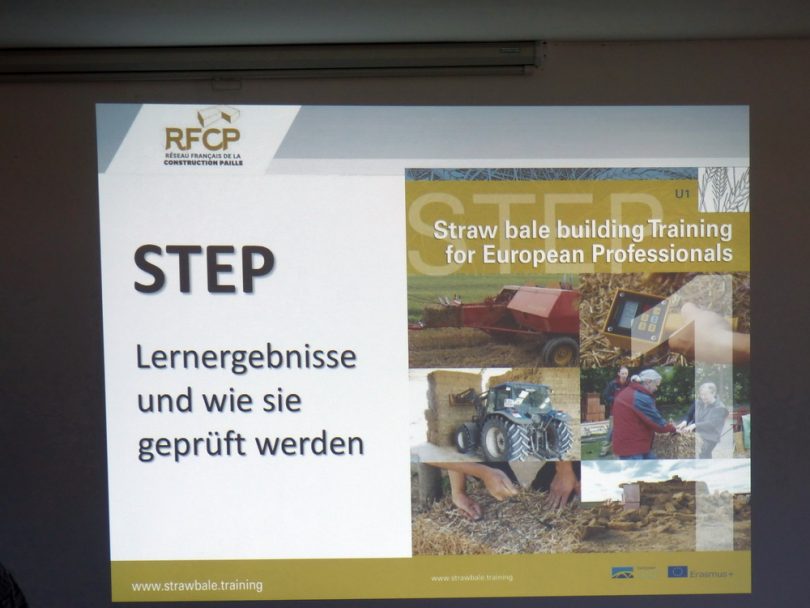 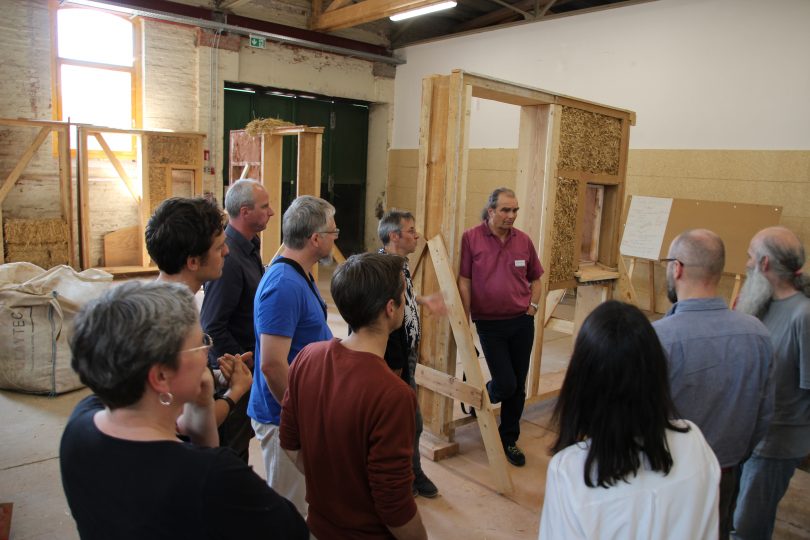 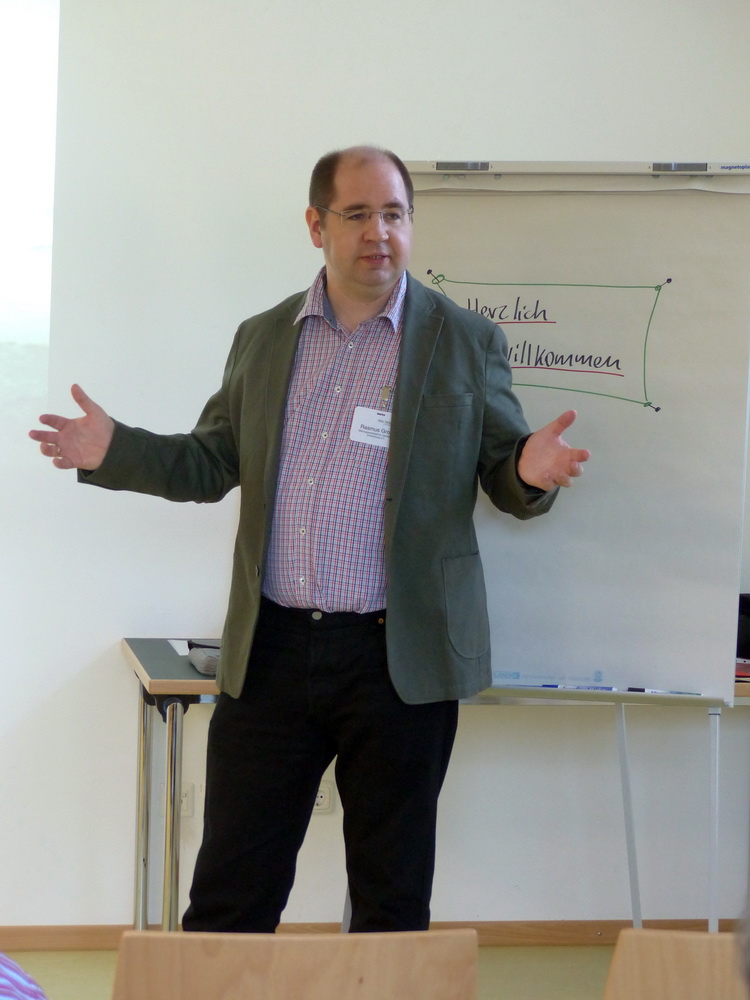 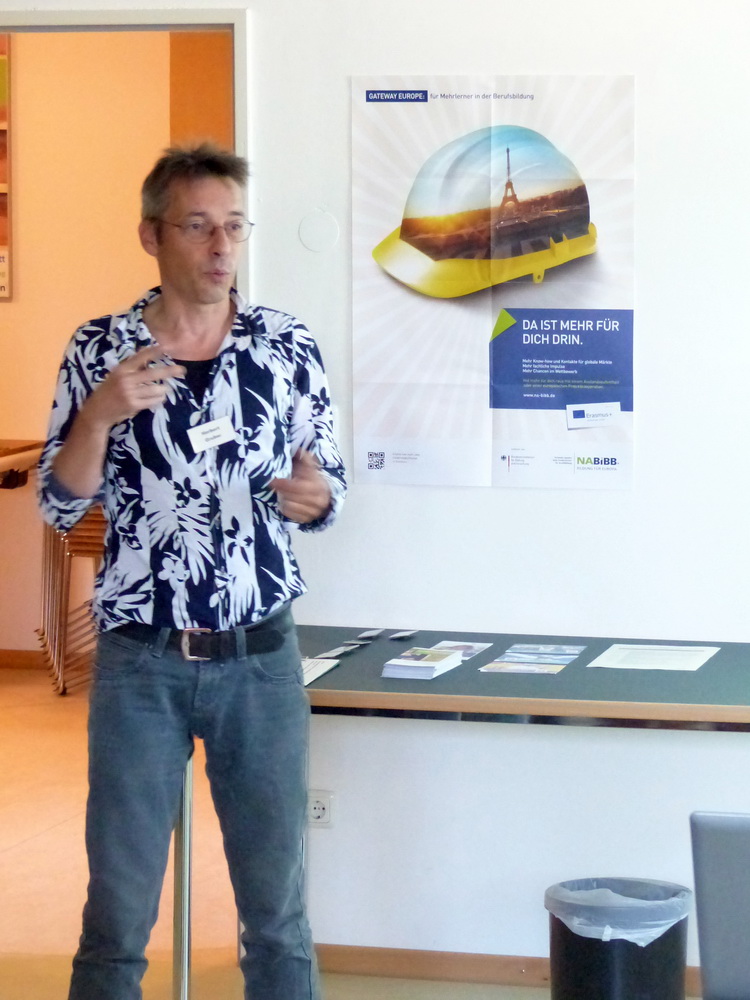 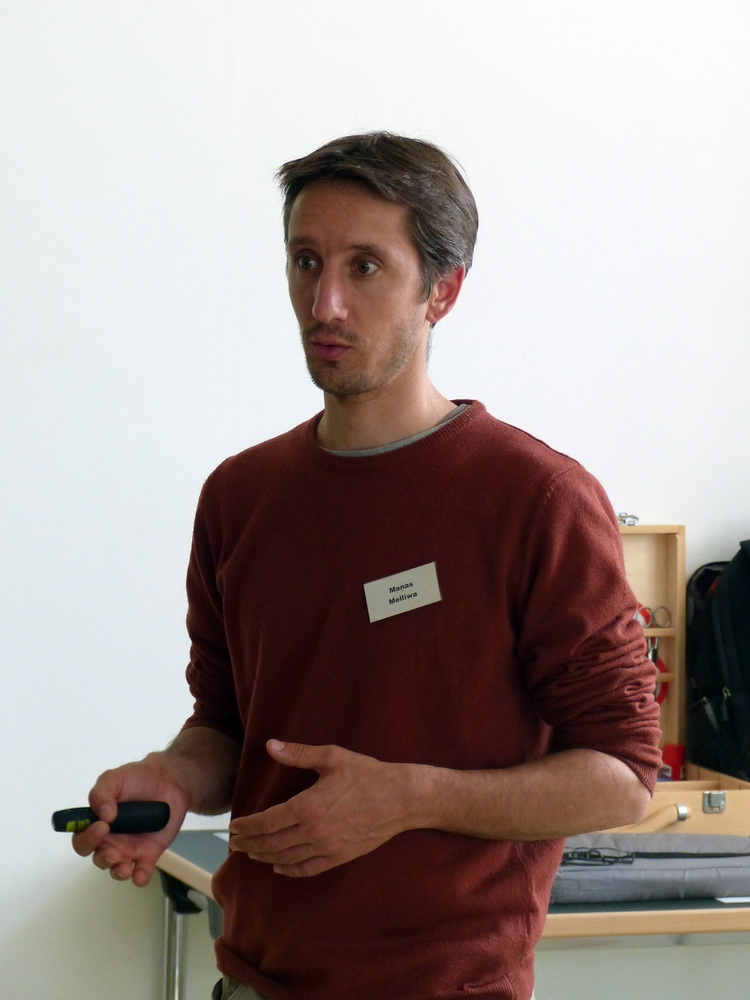 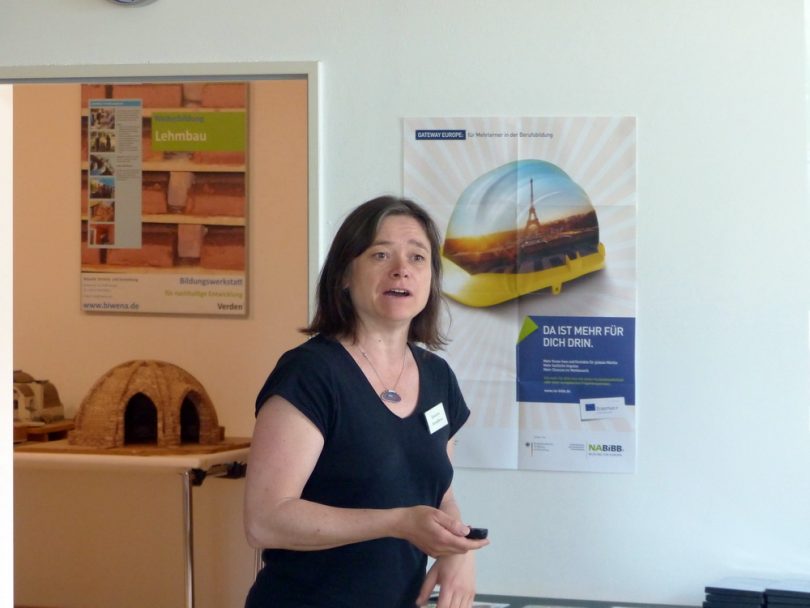 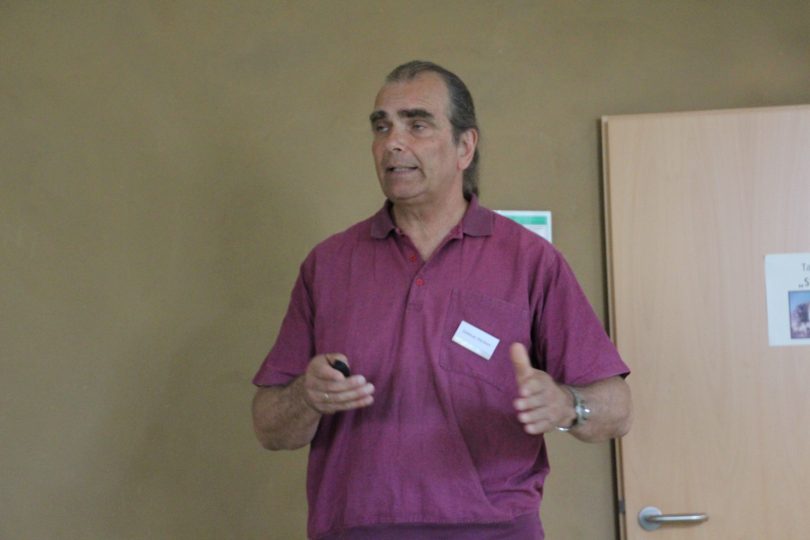 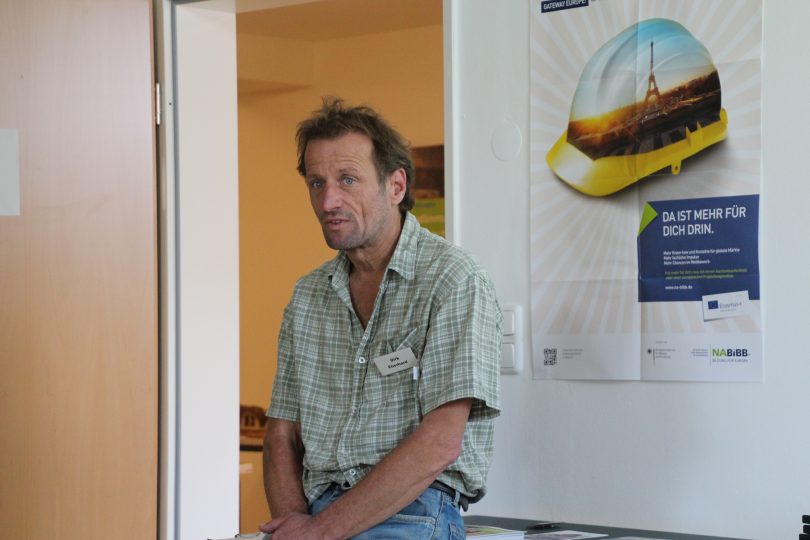 As part of a conference in the North German Center for Sustainable Building (NZNB) in Verden on 26.05.17 various professional associations and educational institutions have documented the results of their European cooperation: in the last two years, a Europe-wide testing system for straw bale building was developed, which  now in the various countries is used as cross-border professional training for Certified Straw Balers. The project was made possible through funding from the European Union’s Education, Youth and Sport Program, Erasmus +.

In the seminar and practice “Hall 57” of the NZNB, the straw construction experts from France, Austria, Slovakia and Germany had the opportunity to introduce an interested trade audience to what was developed within the project “BuildStrawPro”: with the new examination system it is now possible to take part in trainings for straw bale building across Europe in various European countries and to be tested for the individual modules: “If someone participates in some further education modules in France and continues in Germany, then this is mutually recognized – we have a coordinated qualification – and examination system, “said Dittmar Hecken, board member of the Education Workshop for Sustainable Development (BiWeNa), which coordinated the project.
Simulation of Practical Assessment om Multiplier-Event in Verden

The developed methods are also relevant beyond the straw bale training for continuing education: “The straw bale training and examination system is based on the European credit point system for vocational training (ECVET) and at the same time there are recognitions at the national level,” explains Rasmus Grobe, Member of the Board of BiWeNa, who moderated the symposium. While European systems are based on learning outcomes, which also allow examinations without participation in relevant trainings, many national recognition systems have been guided by the need to complete a certain amount of training hours. In Germany, however, this balancing act was successful: “We will soon have the recognition from the Chamber of Crafts for Fachkraft Strohballenbau (Professional Straw Bale Builder) offered in Germany, and at the same time it fits into the European system,” says Dittmar Hecken. The developed European system is signed as part of a “Memorandum of Understanding” by the various national organizations for straw bale building and the European Strawbale Association.

The NZNB meeting also highlighted the different importance of national support structures for continuing vocational training: the French partners reported that it was possible in France to take part in state-funded vocational training lasting several months. For this reason, there are several training centers for straw construction and 78 trainers in France. 550 people took part in further education from 2012 to 2016.
The more flexible building regulations in France also contribute to the fact that there are now more than 4000 straw bale houses in France – far more than in other European countries. So this was a conclusion of the predominantly German participants: “We have to organize and network better for advanced straw bale building”. The now developed European training and examination system STEP is a good basis.